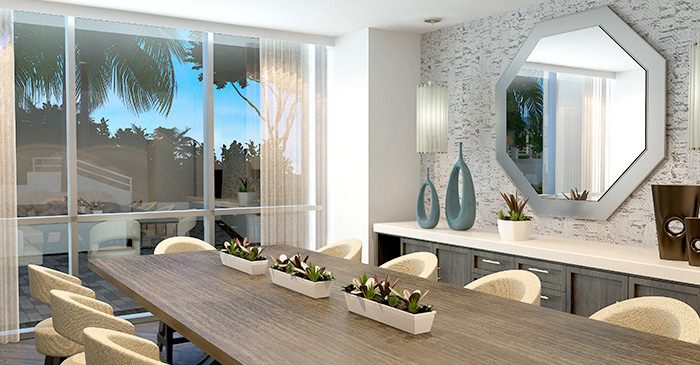 Trends in home buying have shown that Millennials (born between 1981 and 1997) are helping to revitalize the industry, after a few rough years. Research done by the National Association of Realtors in 2016 showed that the age group showed the biggest share of home buyers, with ten percent of the number actually being newly built homes. States like Florida are witnessing this trend firsthand, as Millennial buyers made up 13 percent of home buyers in 2016, according to a Florida Association of Realtors study.

This new group of home buyers tend to have three things which assist them when shopping for a home purchase. First comes their tech savvy, embracing the internet—and real estate sites like HomeFinder, Trulia and Zillow, to do homework before the physical process of seeing homes even starts. The second plus is the growing trend of working Millennials that have lived with their parents for some time while they built up their own finances to make purchases of their own. This often has a secondary effect on their credit, keeping it spotless by avoiding financial risk by and large. Finally, they tend to see the value for home ownership over long-term renting and an ability to plan and budget for the future.

As a generation, they also seem apt to consider all of the factors that go into finding a good neighborhood, such as climate, protection, opportunity and socialization. The consideration of these factors is leading many Millennials to move to an area like Florida’s Sun Coast. The Sun Coast, defined geographically as the islands and areas surrounding Tampa Bay, has a lot to offer Millennials based on many of these concerns, including a great environment and a rich cultural life. The warm tropical climate is appealing to many Millennials whom find the moderate winters a definite advantage. This is not to mention the waterways to be boated and fished and some of the best beaches in the state of Florida. Another attraction is the business climate of Tampa, which has been thriving since the 1960s.

The entertainment opportunities are significant, boasting the largest performing arts center in the Southeast, the largest science museum in the South and the highest ranked children’s zoo in the country. The city has plenty to offer the sports fan, being home to professional baseball and football, as well as hockey teams and roughly 300 golf courses in the region. Culinary enthusiasts will find plenty to enjoy, with an enormous number of cafes and restaurants to be found. Many of these locations feature the local jazz, country, blues, rock and salsa bands, which can also be found in the vibrant night clubs and taverns in the city.

The diversity of the region is apparent to young buyers who appreciate the wide variety of culture and community from which to choose. An economic freedom accompanies the area’s diversity, offering stately homes in Old Tampa, affordable housing in the suburbs and luxury properties in South Tampa. Whether one is looking for a small suburban house or a luxury condo in Tampa, average housing prices are among the most affordable in South Florida.

In Florida or not, Millennials are starting to become a driving force in housing and look to remain so with their willingness to plan and research for their future.