Nuclear power plants have been discussed almost since the moment of the splitting of the atom, but how much do you know about them?

The first fact (which may surprise you) is that the energy produced in a nuclear power plant actually comes from steam, albeit generated through the heat of a nuclear reactor, being harnessed to run a steam turbine to create electricity. Oak Ridge, Tennessee is the location of the first nuclear power station, tested in 1948 when it was used to power a light bulb. In June of 1954 in Obninsk, the Russians upped the ante by using the model to generate enough electricity to operate an entire power grid. Other power plants rendered fully functional were soon to be found in the United States, such as the plant in Shipping port, and in England, at Cedar Hall, by the mid to late 1950s. 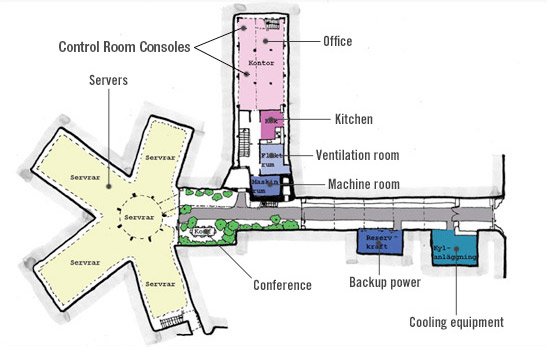 Next, let’s take a look at the parts of a nuclear power plant, which work in coordination to produce electricity. Typically, the path to energy begins in the pressurized water reactor, where liquid coolant is exposed to immense heat coming from the process of nuclear fission. The heated coolant then passes through the steam generator, where the steam needed to power the steam turbine is produced under pressure. The water level in the steam generator is managed by feed-water pumps, which tend to increase the overall pressure. The steam turbine continues to heat and expand the steam, releasing more energy which can be used to power the electrical generator. What vapor hasn’t already been condensed then heads to the condenser, a heat exchanger connected to an output such as a river or a cooling tower where the water is fed before it is injected back into the generator and the cycle repeats.

The nuclear reactor sits at the center of the whole operation, powering the heat needed for the rest of the procedure to occur. Most nuclear reactors use uranium as the fissile material used to cause the energy-producing chain reaction.

One drawback when using uranium is that it creates radioactivity along with the required heat and the harmfulness of the radiation thus the reactor core needs to be shielded to hinder the radiation’s escape into the environment. To prevent the leaking of any radioactive material from circling back into the earlier stages from the steam generator, activity meters placed in the area are monitored from the control room. Safety valves and other fail-safes help to control the pressure and can give an alert before any pipes are burst or an explosion in the reactor can occur. Should any emergency occur, the power to the plant should continue to be available as most plants gather their electricity from station service transformers set up in two or more distinct areas. Should the offsite redundancy system fail, most nuclear power stations have the capability to run on internal emergency power, generally located within the control room itself for easy access to plant operators.

Of course, the best means of combating emergencies comes in the employment of system operators who oversee and manage all of the working parts through a array of sensors and controls built into the control room consoles themselves (specialized furniture typically used in mission-critical facilities). Through logs of the data fed into the control room, the systems operator can evaluate whether any problems exist in the equipment and decide on the proper approach to create a remedy. Any repairs that need to be made will be made under the close supervision of the systems operator, as he or she is in charge of commanding the personnel, as well.